Round Ligament Pain During Pregnancy: What You Need To Know
December 28, 2019
phyx
Blog
No Comments 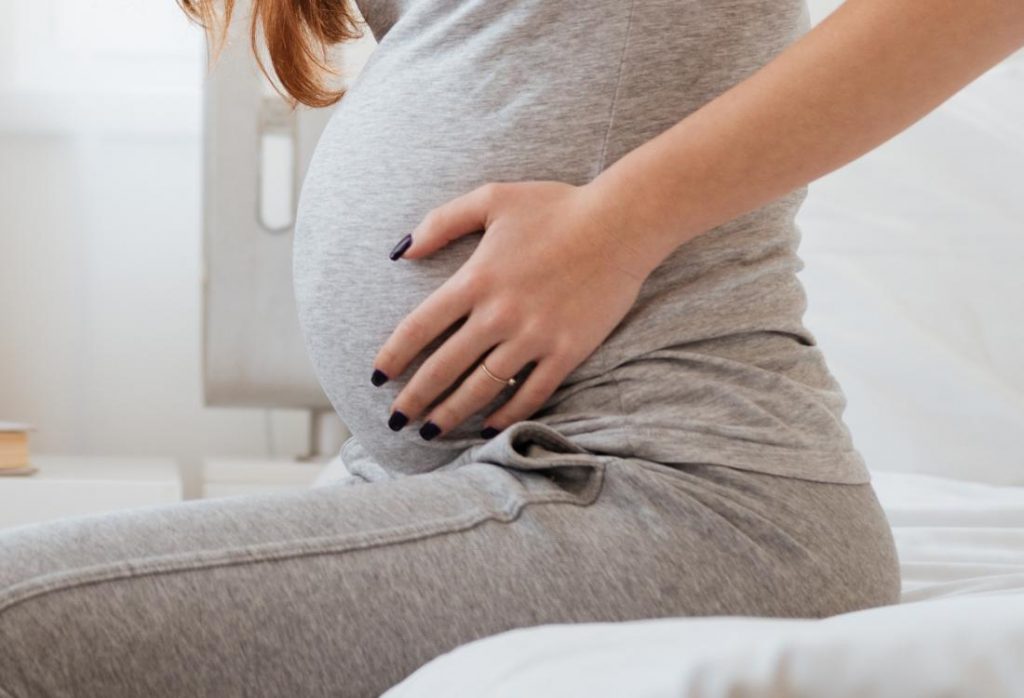 Pregnancy comes with a range of new experiences and sensations as your body goes through changes to make room for your growing little one.

Sometimes these changes can cause discomfort but often this is entirely normal.

Round ligament pain is one of the most common causes of discomfort during pregnancy.

What Are Round Ligaments?

Several ligaments surround and support your uterus as it grows during pregnancy.

The round ligament connects the front of the uterus to your groin and pubic region.

As your baby and uterus grow, the round ligament is stretched from the groin, upward into the abdomen and hip areas. 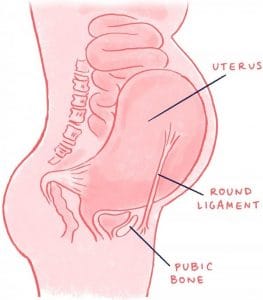 What Causes Round Ligament Pain?

When a woman is not pregnant, the round ligaments that support the uterus are shorter and firm but flexible, and the ligaments stretch and contract slowly.

During pregnancy these ligaments lengthen and stretch, they are under so much tension that they may stretch and contract rapidly, causing the ligament to spasm or pull on nerve endings.

Certain movements commonly trigger round ligament pain in pregnant women, such as:

Generally, round ligament pain during pregnancy is experienced during the second trimester, but it may continue into the third trimester as well.

Round ligament pain feels like a sudden deep, sharp, stabbing, stretching or spasm pain in one or both sides of the lower abdomen or groin.

The pain usually lasts for a few seconds, but overworked ligaments can leave you feeling achy for longer periods.

It generally affects the right side, but it can occur on the left side or in both sides. 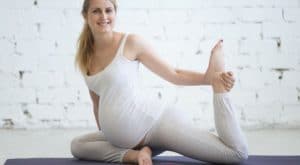 Treatment For Round Ligament Pain

Most of the time, round ligament pain will go away on its own.  However, there are some steps that can be taken to reduce and/or prevent it.

Talk to your maternal health physiotherapist about how to prevent and manage round ligament pain, for a more comfortable pregnancy.

If you are concerned or unsure about pain you are experiencing talk to your doctor, as it is important for your doctor to rule out more serious conditions

Looking to make an appointment?

We are here to help! Booking Online is the most convenient way to lock in the clinician or class you want.