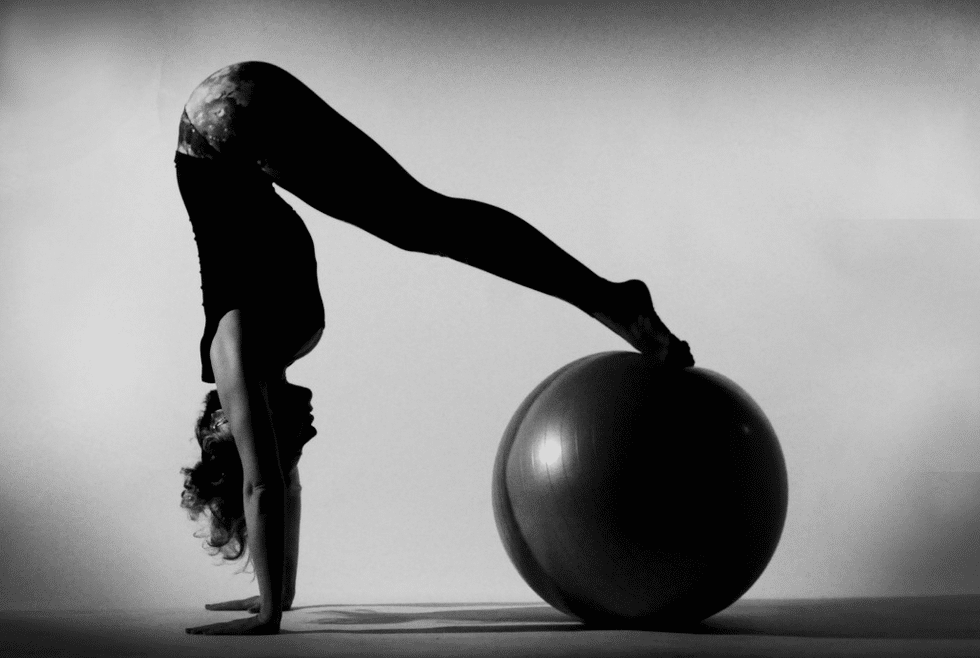 So what’s all this talk about Pilates? Who is Pilates? And why did he always wear white jocks?

So, this is Joseph Pilates.

You will struggle to find a picture of him wearing anything else but his white jocks, sometimes black jocks, and occasionally he threw on a T-shirt. No one knows why he didn’t put on pants, but I guess if I look like that when I’m 67 years old, I would show it off too.
Sorry I can’t help you with the no-pants issue, but I can tell you a bit about him and how he came about the Pilates method.

A bit about Joe –

Joseph Pilates dedicated his life to improving his physical strength after having asthma, rickets and rheumatic fever as a child. As a youngster, he was involved in bodybuilding, yoga, Kung Fu, gymnastics, diving and skiing and by age 14, he posed for anatomical charts. After moving to England at 29 years old, he earned a living as a boxer, circus performer and self-defense trainer.

How it all started –

He was interned by British authorities during World War I, where he taught self defense and wrestling. It was here that he developed his concept of integrated mind-body-breathing exercises with minimal equipment that he called “Contrology”. (It wasn’t until after his death that “Contrology” was named after the great man himself.)

After WW1, he returned to Germany and collaborated with experts in dance and physical exercise. He migrated to the United States in 1925, where he set up his studio on 8th Avenue, New York. Here he taught students from local ballet and performing arts schools, helping them build control, strength and stamina. Joseph believed that a lifestyle of bad posture and inefficient breathing were the root causes of poor health. 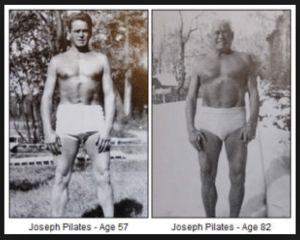 I was going to paraphrase, but I think this exert from trusty Wikipedia is absolutely perfect –
“ Contrology, related to encouraging the use of the mind to control muscles, focusing attention on core postural muscles that help keep the body balanced and provide support for the spine.”

Essentially, Pilates is an exercise method that
– strengthens the deep core muscles
– giving support and alignment to the spine,
– teaches awareness of breath and
– intends to strengthen not only the body, but also the mind.

The original set of Pilates exercises taught to ballet dancers have been modified in recent years and adopted by physiotherapists as a treatment technique for a large array of conditions. The 6 principles of Pilates are now used for treating back pain, neck pain, headaches and posture. It is also improves sporting performance in athletes from AFL football players to soccer players and of course all types of dance and gymnastics.

Keep an eye out for Pilates PART II

Get your Pilates addiction started today.

– interested in Pilates,
– have back or neck pain,
– headaches,
– poor posture,
– stiffness, or
– simply want improve your general strength and well being in a controlled and safe way,

call us at Phyx on 8356 1379 for more information, or click “Book Online” and make an appointment today.

Looking to make an appointment?

We are here to help! Booking Online is the most convenient way to lock in the clinician or class you want.